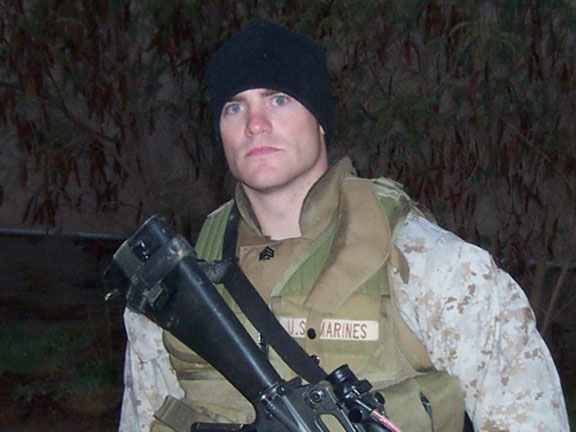 Get to Know Chris Garten

My name is Chris Garten. I am a Christian, husband, father, Marine Corps veteran, and small business owner. I believe we are beyond blessed to be living in the greatest state, in the greatest nation in the world, and I am passionate about serving my fellow Hoosiers and my country. 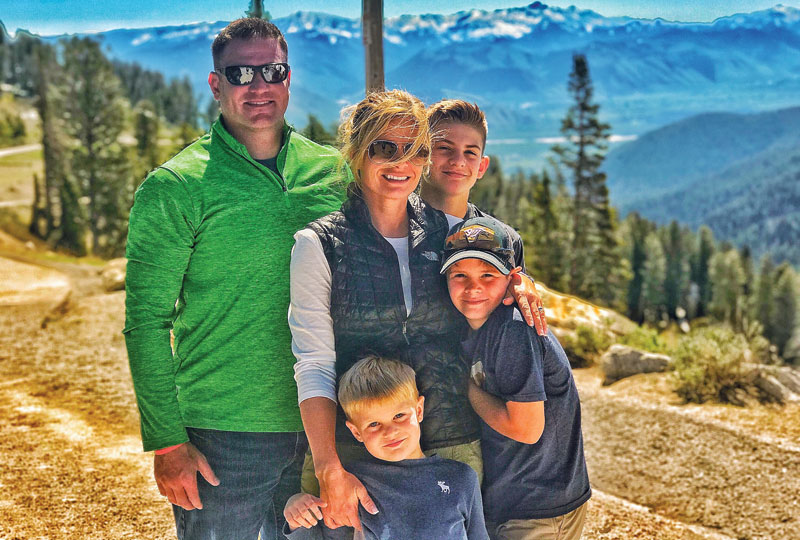 I come from humble beginnings in rural Lexington, Indiana. My early years were defined by family challenges. A broken home, plagued with alcoholism and related issues, taught me how to fight for myself and solve problems. Though I would not wish my childhood on anyone, my experiences helped make me the man I am today. I learned responsibility and the value of resilience at a very young age.

My first “real” job was at the age of twelve. Like many Hoosiers, I worked on a farm throwing hay, and in the humid tobacco fields, cutting and hanging some of southern Indiana’s finest tobacco crop. At the age of fourteen, I was blessed with a loving family who took me into their home and later legally adopted me.

After graduating from Scottsburg High School with Honors, I attended Indiana University Southeast. In December 2001, after the terrorist attacks of September 11, I enlisted in the United States Marine Corps Reserves. In February of 2003, I was deployed to Iraq in support of Operation Enduring Freedom and was part of the initial offensive launched in Iraq.

After completing my first deployment to Iraq, I began dating Beth while I attended IUS part time, worked full time, and served in the Marine Corps Reserves. I married my wife Beth in 2004 and we began living out our version of the American Dream right here in Southern Indiana.

In 2005, as a Sergeant and a Platoon Commander in the Marine Corps, my unit received word that any Marine who had not been deployed previously would be involuntarily activated, and those who had been deployed before would not be forced to deploy again. As a leader and Platoon Commander this did not sit well with me. The only type of leadership I know is from the front and by example. Ultimately, I volunteered to return to Iraq in order to lead my platoon into combat. I didn’t have to go, but I had a deep desire to serve my country.

While serving in Iraq from September 2005 through February 2006, I was involved, directly and indirectly, in over 650 security missions. I served as a Communications Chief and a Scout Team Leader for a Military Police Company, Combat Logistics Regiment 25, 2nd Marine Logistics Group Forward, and II Marine Expeditionary Force Forward. Four days after I volunteered to deploy, we learned Beth was pregnant with our first child. At the completion of this second tour in Iraq, I returned home to Indiana to meet – for the first time - our three-month-old son, Hayden Christopher.

About a year after returning home from Iraq, I started Signature Countertops, Incorporated in our one-car, detached garage. Those early days in the business were difficult, but I deeply believed that if we were honest with our clients, always kept our word, and outworked our competitors, we would be successful. Today, Signature Countertops, Incorporated is an award-winning industry and market leader in natural stone surfacing.

I am honored and blessed to have been recognized among peers and other industry leaders. In 2012, the Indiana Southeast Business Development Center recognized me as “Young Entrepreneur of the Year.” This special award spans sixteen counties across the southeast part of Indiana and is awarded to an entrepreneur thirty or younger. The Greater Scott County Chamber of Commerce awarded Signature Countertops “Small Business of the Year” in 2014, and again in 2016. Most recently, in April of 2016, I received the coveted “20 Under 40” title by Southern Indiana Business Source.

I currently serve as a board member for the Building and Development Association of Southern Indiana (BDASI), located in New Albany, Indiana. The BDASI has over 200 members, employing over 5,000 Hoosiers in southern Indiana. I also currently serve as the Vice President for the Greater Scott County Chamber of Commerce. In addition, I enjoy coaching my sons’ youth travel baseball and basketball teams. My wife Beth and I, along with our three boys, Hayden (11), Hudson (8), and Greyson (4) attend Restoration Christian Church in Sellersburg.

I am running for State Senate because I refuse to believe that the current state of politics is the best we can do. I am not wired to accept the status quo as good enough. I understand service and commitment, and I feel a moral obligation to put my life experiences to work in the service of my community, my state, and my nation.

Southern Indiana Hoosiers need a strong voice in Indianapolis fighting for them and making sure our views are heard. I believe in servant leadership, and I’m eager to serve the people of Jefferson, Switzerland, Scott, and a portion of Jackson, and Clark counties in the State Senate. 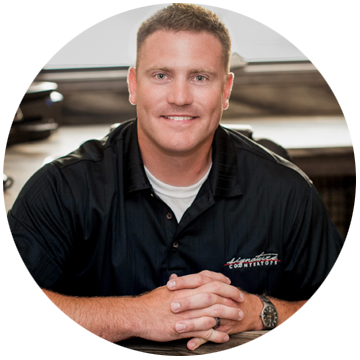 Find out more details about your next Senator

Join our dedicated group of volunteers!

We appreciate your support!